When I first saw the M&S brown seeded loaf I actually thought it was a Mrs Crimbles seeded loaf in disguise. 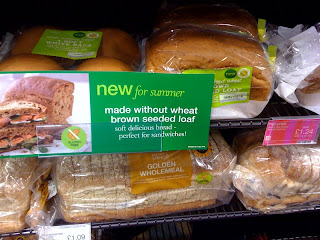 Anyone know where Mrs Crimbles’ seeded loaf has disappeared to? Not seen one in some considerable time, which is a shame. Read my review of Mrs Crimbles here in case she is ever located again. To me, the brown seeded loaf looked the same and had the same weight density. 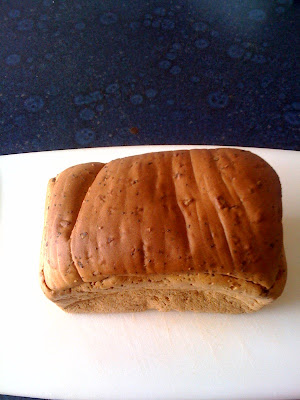 So how did it taste? Lovely. Just the sort of bread I like. Thick, dense, full of linseeds. Perfect for toast. 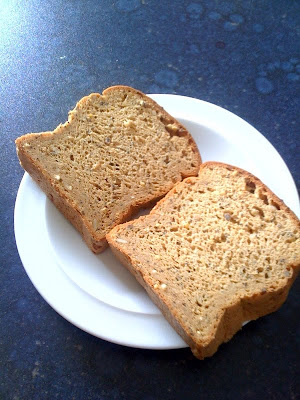 I managed to find this gluten free loaf on special for £1.24 (half price) randomly one evening in a smallish M&S in Canary Wharf. This was the first time I had managed to find it since M&S launched their gluten free range back in early June and I have looked in a number of their larger / flagship stores in Central London including Marble Arch. Not sure whether there are low stocks while M&S test the waters on consumption of their gluten free products or because there is high demand and it’s selling out faster than production.
If you see an M&S gluten free brown seeded loaf, buy it while you can!