Sometimes all you want is a bowl of soup. On a bitingly cold day, with a heavy cold and a sore throat, there was honestly nothing more I wanted to eat than a warm bowl of proper soup.

Earlier in the week I’d had a tip about Soupe du Jour in Soho from Carly in a quest to find new places near Oxford Street. As luck would have it, Soupe du Jour have opened a second branch near my office in the City.

The City branch is located at 38 Houndsditch. One of those fabulous street names which you can find in the City of London, along with Frying Pan Alley and Savage Gardens. Houndsditch is a one way street between Liverpool Street and Aldgate. A handy location for City workers looking for a healthy and gluten free lunch. There’s a Planet Organic a few minutes’ walk away if you’re looking to stock up on supplies.

The City branch of Soupe du Jour is not large; there are a couple of tables and seats on the ground floor with a few more tables upstairs if you’re eating in.

The menu has a variety of ‘Classic’ soups which are on the menu every day. In addition, they run a number of specials. On my first visit I chose the Christmas Sweetcorn soup which was flavoured with cinnamon. I wasn’t entirely sure about sweetcorn and cinnamon together but was offered a small cup to try. It was, honestly, utterly delicious as well as nourishing and filling. I couldn’t really taste the cinnamon (a good thing as far as I was concerned!) but it added a warmth to the soup. 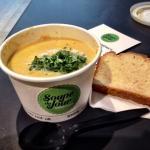 The second time I visited I chose the very meaty and extremely tasty Chilli soup. That day I chose the large size portion and it was extremely filling. 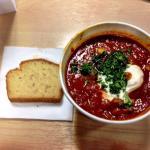 On my visits, all Soupe du Jour’s soups were gluten free. Some were also dairy free. As the specials change frequently you can check their Facebook page or twitter feed to see what’s on that day.

Alongside the soup and bread you can choose to pimp up your soup with extra toppings. Not all are gluten free but the menu explains what the options are.

I chose a small soup at £3.50. The regular size was priced at £4.50 upwards and the large bowls were big enough for a very filling lunch.

Would I go back? Absolutely. Have my loyalty card (buy 9 soups, get the 10th free) and I will be quickly adding stamps

Days out to museums and art galleries can often be a bit hit and miss when either you or your children have dietary restrictions. …

On the street near where I live there’s a Gourmet Burger Kitchen directly opposite a Byron. Whilst I’ve been known …

Sometimes when eating out, it’s easy to forget it’s not all about gluten free dining. While I was pregnant I … 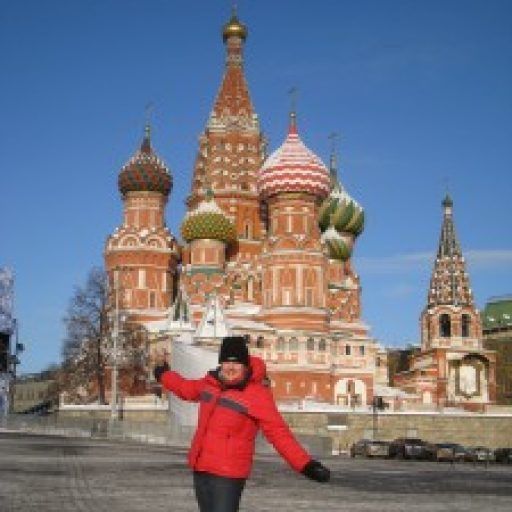