On the street near where I live there’s a Gourmet Burger Kitchen directly opposite a Byron. Whilst I’ve been known to pop into GBK for the occasional bun-less, fries-less burger, I had yet to try out Byron.

The news that GBK have recently started to offer gluten free buns for their burgers came at roughly the same time I’d been beaten into submission by my gluten eating friends that Byron offered the best ever burgers. It seemed rude not to conduct a burger off.

The menu: GBK have gluten free menus available in their restaurants. At the time of writing this blog post, they were not available online on the GBK website for me to link here, but you can see the regular menu here. 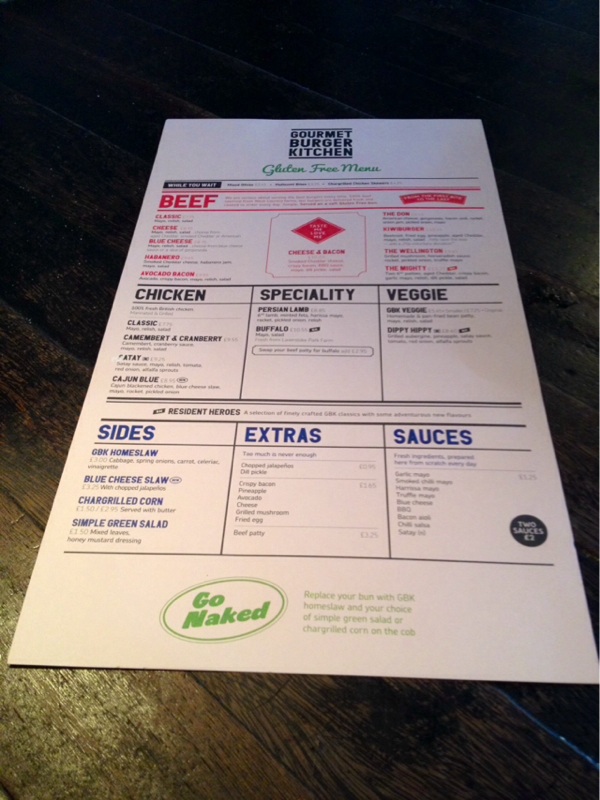 The gluten free offering: GBK have recently started offering a gluten free bun. There’s plenty of choice in burger; beef, chicken, lamb and two veggie options. The sides on offer are coleslaw (two types), corn on the cobb and side salad. NONE of the GBK fries are gluten free.

The burger: I went for The Don which comes topped with Gorgonzola, bacon aioli, American cheese and rocket. It was served with a side salad and I ordered a blue cheese slaw (because post-pregnancy I cannot get enough blue cheese). 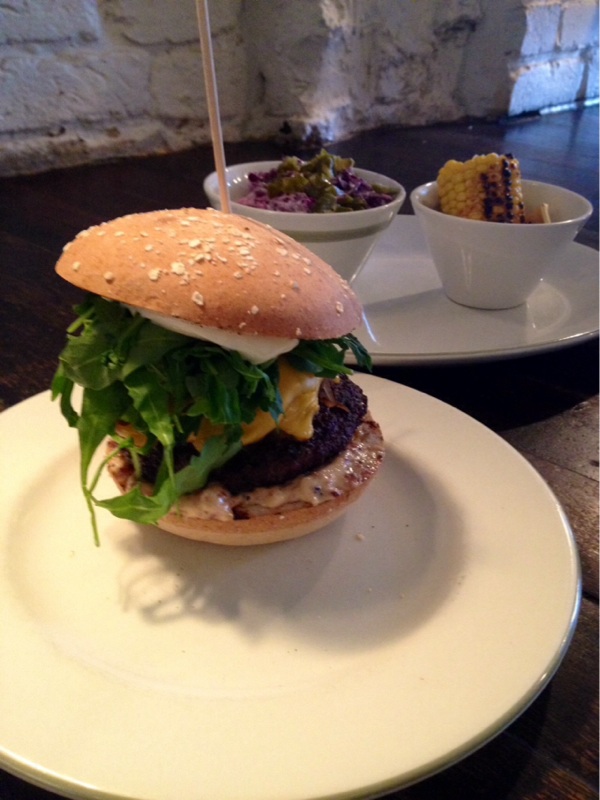 I feared the burger bun would crumble so I ate with knife and fork. Also, not having a flip top head, there was no way I could get the burger and bun in my mouth. 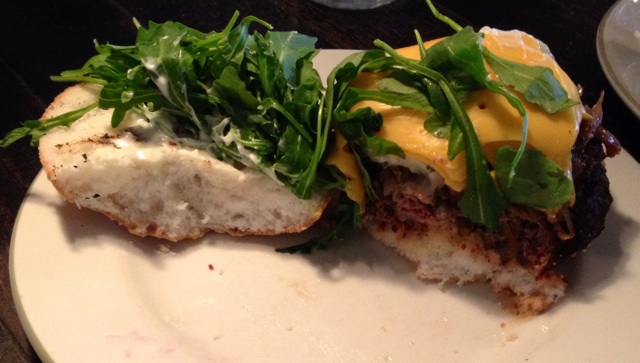 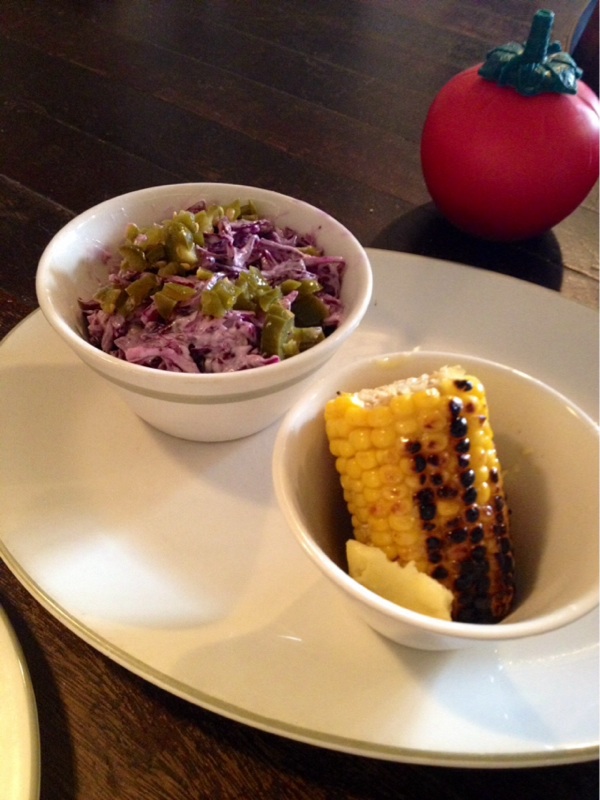 Verdict: The well cooked burger in a gluten free bun was very satisfying. The burger bun was nicely toasted although a little crumbly inside. I wasn’t that keen on the jalapenos on top of the blue cheese slaw but the coleslaw itself was tasty with chunks of blue cheese in it.

The menu: I was not offered a specific allergy menu in the restaurant. I had checked out the options online here before visiting. 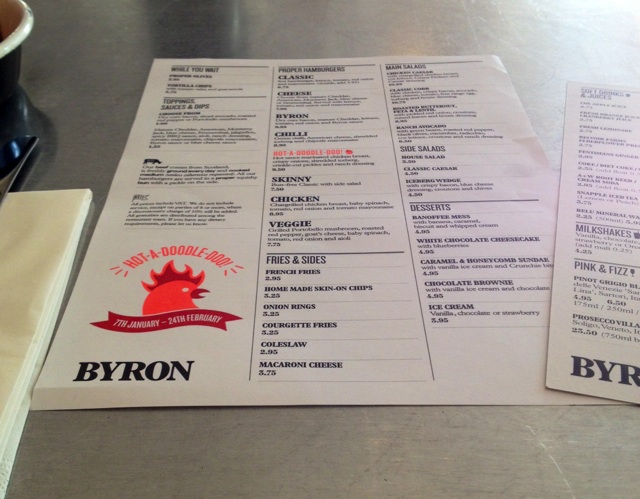 The gluten free offering: Nothing specific. The chips are NOT gluten free. I spoke to the waitress who said the Home Made Skin On Chips were made on the premises and should be gluten free but the onion rings were sometimes cooked in the fryer with them so they couldn’t guarantee they were gluten free. The Byron online allergy guide states none of their fries are gluten free. This is a shame.

The burger: When I finally located it on my plate (under cheese and on top of a gherkin in the photo below), the burger was juicy, well seasoned and nicely charred. I could see why everyone raves about the Byron burgers, it was delicious. I ordered a side of avocado and a coleslaw. 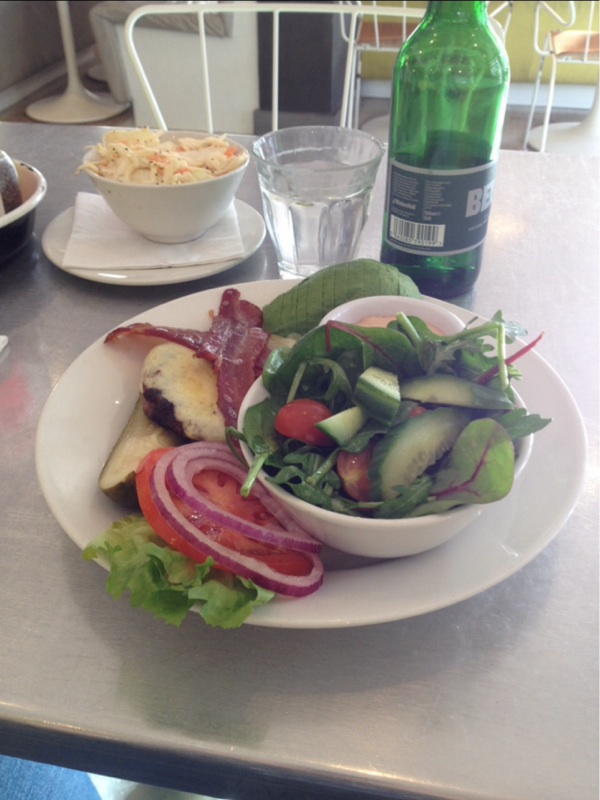 Verdict: Seriously underwhelmed. Despite the burger being very tasty, I just couldn’t help feel disappointed. No fries, no bun, a very small burger and a feeling that there is a large mark up on this meal. 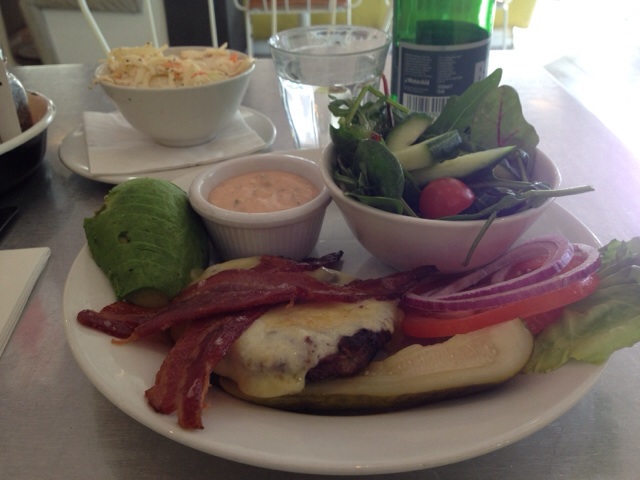 Conclusion: Between GBK and Byron, GBK wins hands down for gluten free. However, until GBK offers gluten free fries, it’s still a second to Honest Burgers.